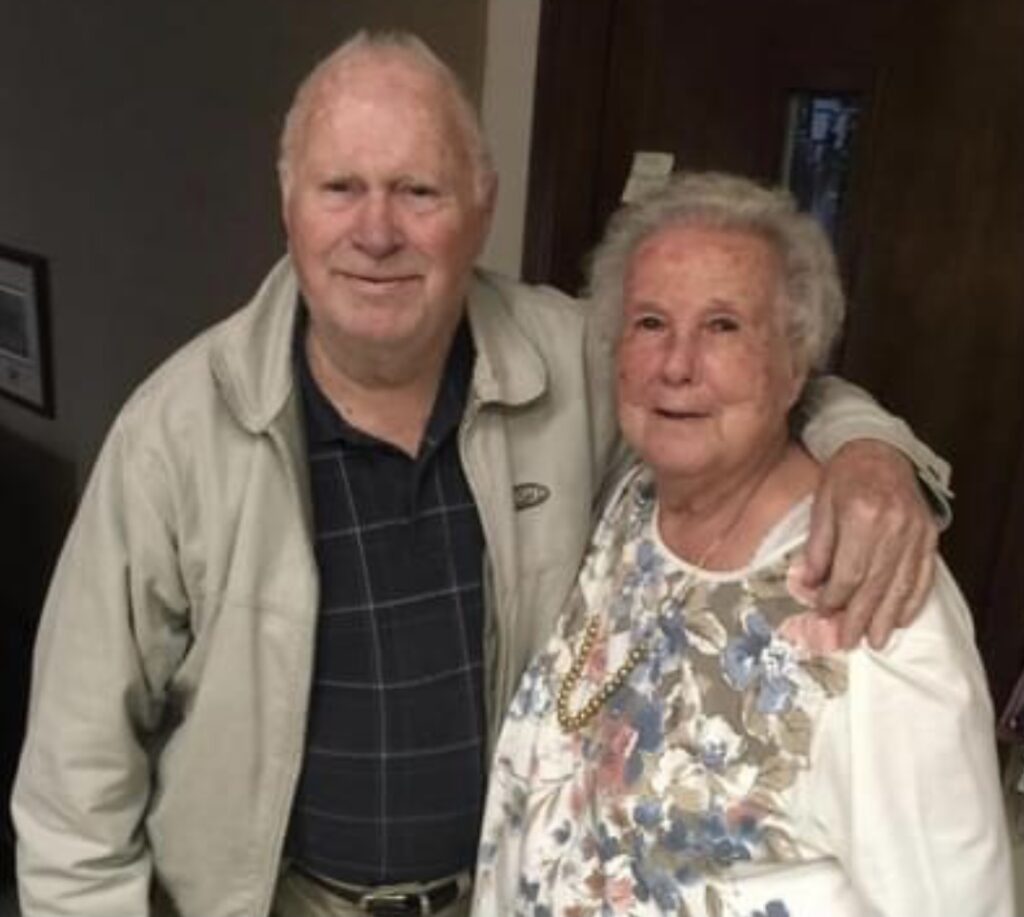 J.T. was born to Zack Sutton and Nellie Eva Watson Gray on August 13, 1929, in Tulsa, OK. After attending grade school and graduating high school in Tchula, MS, he furthered his education at Holmes Junior College at Goodman, MS, where he lettered in both baseball and football and played on the Mississippi Junior College State championship baseball team. He then enlisted in the U.S. Marine Corps, serving during the Korean War.

Patsy was born to Andrew James and Addie Lou Hammett Hearn on May 7, 1932, in Lexington, MS. After graduating from Lexington High School, where she lettered in basketball and excelled in academics, she continued her education at Holmes Junior College where she met, fell in love, and later married J.T. Gray on October 24, 1951.

After J.T.’s discharge from the military, he and Patsy moved to Cleveland, MS, where he continued his education at Delta State University, attaining a Bachelor of Science degree in social science, lettering in baseball, and starting a family. He then earned his master’s in education at the University of Mississippi. Afterward, J.T. and Patsy, along with their growing family, moved to Friars Point, MS, where he taught history and coached football, eventually leading the Friars Point Indians to a state championship. J.T., Patsy, and their family relocated several times over the years once J.T. began his career in elementary education administration, serving in Webb, Cleveland, and Leland, MS, and finally retiring after investing thirty years in education. In the time leading up to his retirement, J.T. also made quite a name for himself in the Mississippi tennis leagues, often winning or placing in men’s and mixed doubles play.

During these years, Patsy worked tirelessly as a homemaker to support her family, specializing in cooking some of the family’s favorite dishes including her famous fried chicken and chocolate pies. She eventually worked in the Leland school system as an administrative secretary and later briefly dabbled in a catering venture. After both Patsy and J.T. retired from their public school careers, they began another adventure, working with their son Andy at Po Boys Sandwich Shop in Leland, where Patsy showcased her cooking expertise and J.T. entertained the patrons. Within a few years of ending their service at Po Boys, Patsy and J.T. moved to Russellville, AR, to be closer to family. Over the years, they both enjoyed embarking on camping trips and cruises with the family, trying their luck at the casinos, and spoiling their grandchildren.

To remember JT and Patsy, consider making a memorial donation to the American Heart Association (heart.org), the Alzheimer’s Association (alz.org), Arkansas Hospice (arkansashospice.org), or to a favorite charity of your choice. Visitation will begin at 10:30, one hour prior to the memorial service.