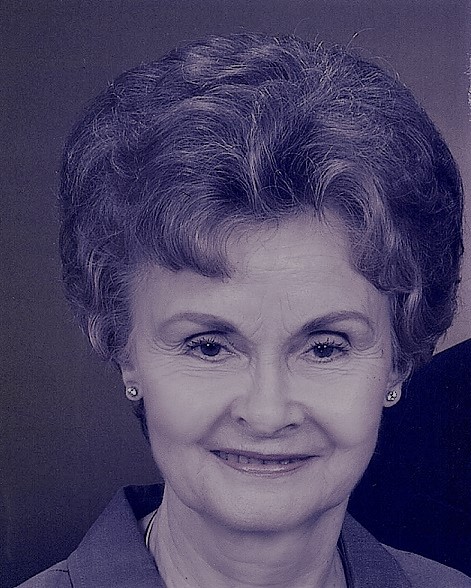 Family graveside services for Barbara Rogers Bevil, 89, of Greenville will be Thursday, July 15, 2021 at Vaiden Cemetery in Vaiden. She passed away Saturday, July 10, 2021 at Washington Care Center in Greenville. Arrangements are under the direction of Boone Funeral Home, Greenville.

Mrs. Bevil was born in Vaiden, Mississippi on October 26, 1931. She grew up there, where she met and married the Love of her Life, Charles Bevil, on July 15, 1950. Mr. Bevil’s work with the Illinois Central Railroad took them to West Point, Mississippi for several years, and then to Greenville in 1962. Once they settled in Greenville, Mrs. Bevil and her family became active in First Baptist Church where she sang in the choir for many years. In addition to serving her church and her Lord, Mrs. Bevil was a devoted and dedicated wife and mother. She found her greatest joy in honoring her husband and serving her family. After many years of serving her family as a full time mother and wife, she followed the Lord’s leading to teach music and kindergarten at First United Methodist Church Kindergarten, until her retirement.

Mrs. Bevil leaves a legacy of love, integrity, and faithfulness. She, like Mr. Bevil, was a strong tower of faith, hope, and trust in the Lord. She will be greatly missed.