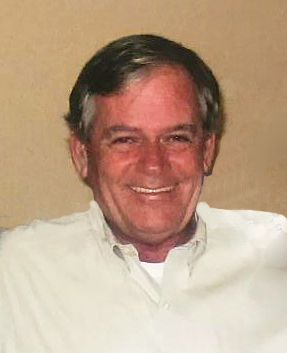 David Ryan Tucker, 71, of Greenville, passed away peacefully Monday, September 26, 2022, at Delta Health System – The Medical Center after a courageous yet positive journey through a lengthy illness.

The Tucker family moved to Greenville, MS, when David was very young.   He attended Greenville schools, graduating from Greenville High School where he developed a love for Band.  David proudly reminisced about serving as Band Captain and being part of the award winning GHS Band.

After attending Mississippi Delta Junior College (now MDCC), he graduated from Delta State University.  He majored in Marketing and earned a Bachelor of Science in Business.

In 1976, David joined the First National Bank of Greenville.  There he worked as Marketing Officer and Officer of Operations.  A highlight of his banking career at FNB was his involvement in showcasing a new technology in the Greenville banking industry -the ATM.  He also worked closely with ad agencies, creating merchandise and ads that featured the bank’s beloved mascot caricature, “Fairbanks”.

After moving to Texas, he became involved in Medical Records Management.  He built a successful medical records archival business there, and upon his return to Greenville, opened Argos Records, an abbreviated version of his Texas business.  He was a member of First Baptist Church where he loved and appreciated his years with the men of the Steadfast Sunday school class.

David retired as a Staff Sergeant from the Mississippi Army National Guard after 20 years of service.  In addition to his love of God and country, David loved his family, Mississippi State football, Texas Rangers baseball, Michael’s chocolate cakes, and Coca-Cola.

He was preceded in death by his father, Halbert Allen Tucker, his mother, Frances Maurine Neel, and sister, Sharon Tucker Shepard.

The family wishes to acknowledge the devotion of his caregivers through Delta Health Hospice, especially Sara Jones, RN and Gloria Beamon, CNA.

A visitation and memorial service will be held Friday, September 30, at First Baptist Church of Greenville. Visitation will begin at 12:00 p.m. with funeral following at 1:00 p.m.

In lieu of flowers, the family requests donations be made to the Media Ministry of First Baptist Church of Greenville.