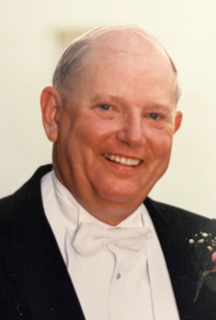 Robert Taylor Love, Jr. passed away at the age of 85 on the evening of November 22, 2022 in Little Rock, Arkansas.  He was preceded in his death by his wife of 59 years, EdwynneLove.

Robert was born on March 19, 1937 in Greenville, MS to Robert and Willie Mae Love.  He graduated from Greenville High School and attended Tulane University where he received his medical degree.  Robert became board certified in plastic surgery in 1970.   He was very involved in Phi Delta Theta and was a member of the Mississippi Army National Guard in the medical corp.

In Greenville, he was an active member of the First Presbyterian Church and set up his private practice, Plastic Surgery Consultants.  Dr. Love worked at the Delta Regional Medical Center and established the Mississippi Fire Fighter’s Memorial Burn Center where he served as its director.  When Robert was not working, he could be found on the sidelines of his children’s sports yelling at the referees while taking pictures. Everyone looked forward to seeing those pictures.

There will be a visitation at 10am on Saturday, November 26, 2022, at Boone Funeral Home in Greenville, MS, followed by an 11am service. In lieu of flowers, please consider a donation in Robert’s memory to the Hodding Carter Memorial YMCA of Greenville, MS.