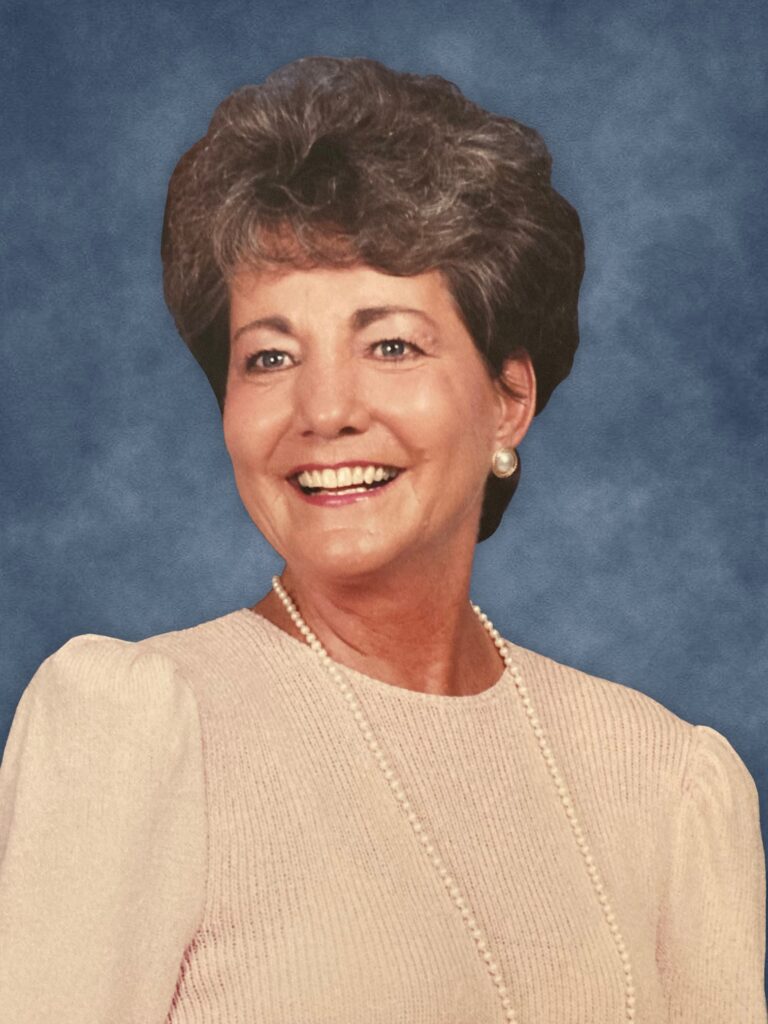 Mrs. Searcy, known by most Greenville friends and family as Dot, was born to George C. and Clarice (James) Williams on Oct. 15, 1938, in Foote, Miss. She spent most of her life in Greenville, where she attended E. E. Bass High School and married Paul M. Searcy in 1956.

Dot liked to keep busy. Early in their marriage, she and Paul both worked at Greenville Mills. Later, she earned a reputation for an excellent sense of fashion and art for customer service,providing 13 years of personal style guidance for her discerning Mannequin Shoppe customers.

After raising her two daughters, Dot began her 20+-year career in banking, where her stellar attention to detail and customer service earned her recognition as Employee of the Year and frequent unsought promotions. She continued to advance her education and was the face of a First National Bank ad campaign and the queen of the holiday party.

Beyond her renowned work ethic and head-turning beauty, Dot was creative and resourceful around her beloved home. For many years, she planted and nurtured beautiful backyard gardens; kept freshly baked goodies ready for family, friends and coworkers; and personally maintained the most meticulously mown yard and cleanest house and car for miles around. While she never considered herself a seamstress, Dot’s beautifully decorated home included drapery and pillows she created herself. She even successfully painted her own house and cut her own hair for several years.

Dot was never too busy to be a loving and nurturing mother for her daughters. She had moved to the Jackson, Miss., area in recent years to be closer to family. She was a long-time member of Grace United Methodist Church and supported her community in numerous ways.

Services will be Monday, March 21, at Boone Funeral Home in Greenville, with visitation at 2 p.m. followed by services at 3 p.m. Burial will follow at Greenlawn Memorial Gardens of Greenville.

The family extends appreciation to all who have helped Dot through her long illness, including the amazing hospice team,who made her peaceful ending possible.