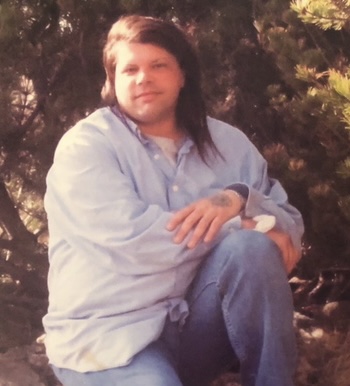 Malcolm Gene Tacker, age 43, son of Doris Middleton Sullivan and Ricky Gene Tacker passed away on June 6, 2021 in Jackson, TN. Memorial services will be at 3:00 p.m. on Saturday, June 12, 2021 at Emmanuel Baptist Church in Greenville, MS. Arrangements are under the direction of Boone Funeral Home, Leland.

Malcolm was born July 23, 1977, in Eudora, AR. He attended Lakeside High School in Lake Village, AR. He made his home in Greeley, CO for more than 20 years before moving to Jackson, TN in 2017 to be closer to family.

He is survived by his mother and step-father, Doris and Chuck Sullivan, of Leland, MS and his father, Ricky Tacker of Jackson, TN, a niece and a multitude of aunts, uncles and cousins.
Malcolm was preceded in death by his brother, Christopher Gene Tacker and his sister, Cheramie Rose Tacker.

Malcolm was known for his loving generous heart and his sense of humor. He was exuberantly chatty and never met a stranger. He loved cooking using recipes and cooking methods taught to him by his adored grandmother, Eugenia Middleton.

There will be a visitation from 2:00-3:00 p.m. on Saturday at the church prior to the service.