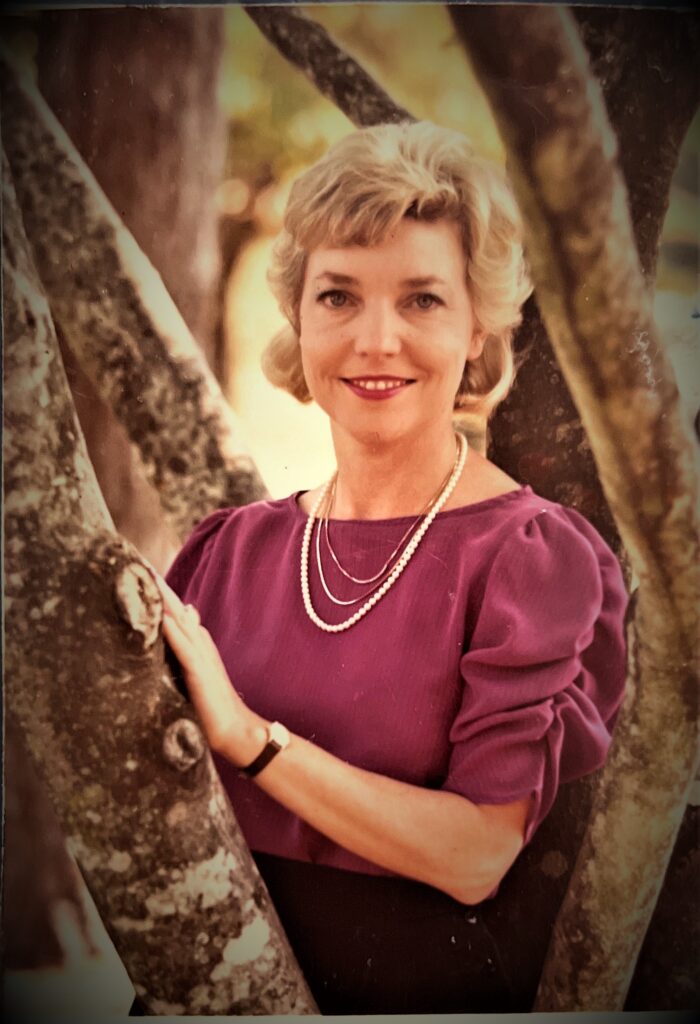 Mariah’s love of reading began at an early age and continued throughout her career as an educator of English at Washington School (Greenville, MS), Jackson Academy (Jackson, MS) White Station Middle School (Memphis, TN) and Evangelical Christian School (Cordova, TN).
She also had a love of gardening which was cultivated through her membership in the TN Master Gardener Program and Dixie Rose Club while living in the Memphis area. She enjoyed volunteering her time at the Memphis Botanic Garden and Agricenter International. She was a member of St. Francis of Assisi Church in Cordova, TN for many years where she served as Eucharistic minister.
Mariah was preceded in death by her mother and father. She is survived by her children Beth Bordelon Rainer (Reid) of Germantown, TN and Mariah Bordelon Pace of Tuscaloosa, AL; five grandchildren Elizabeth Culley Rainer, Mary Margaret Rainer, David Tate Pace, Alexander Manning Pace, and Mariah Manning Pace, who all mourn the loss of their “Sissy”; brothers Millard Fillmore (Buddy) Powers III (Mary Lynn) of Lamont, MS, Edward Johnson Powers (Cathy) of Lake Wales, FL, and Fletcher Clinton Powers (Louise) of Batesville, MS; sisters Mary Elizabeth MacDonald of Oxford, MS and Margaret Anne Schmitt (Andy) of Kingwood, TX. She also leaves behind three nieces and seven nephews who affectionately referred to her as “Aunt Sister”.

A funeral mass will be held on January 21, 2023 at 2:00 pm at Saint Joseph Catholic Church in Greenville, MS. Visitation will be prior to the service beginning at 1:00 pm. Burial will follow in Greenville Cemetery.

Memorial contributions may be made to St. Jude Children’s Research Hospital or the Alzheimer’s Association.