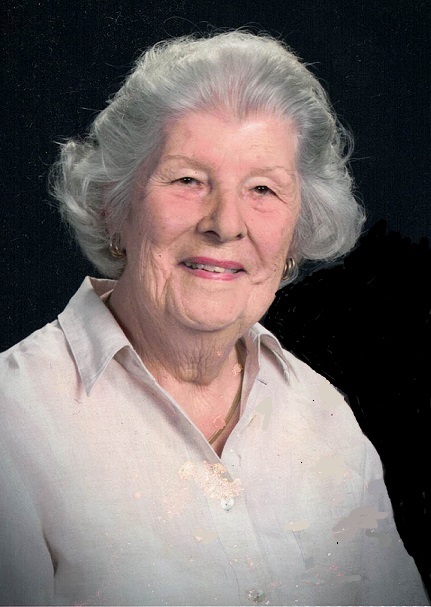 A Memorial service for Marianne Dyer Gannon, age 101, of Greenville will be at 11:00 a.m., Monday, July 25, 2022, at the First Presbyterian Church, Greenville. She died Wednesday, July 20, 2022, at Allegiance Specialty Hospital from complications of a fall. Burial will be in the Greenville Cemetery immediately following the service. Arrangements are under the direction of Boone Funeral Home, Greenville.

Marianne Dyer Gannon was the daughter of Howard Dyer and Anne Thomas Dyer. She was born at King’s Daughters Hospital, Greenville on September 17, 1920.

Marianne was a lifelong member of the First Presbyterian Church in Greenville. She was baptized there as an infant, and her continued devotion to her church spanned many areas of church life. She served as a member of the Diaconate, member of a Minister Search Committee, and President of Women of the Church. Her love for children and youth ministry was exemplified in her many years as a Sunday School teacher, and Co-chairman of the Church Youth Group. For many years, she was a Kindergarten Teacher in the church’s Preschool program. She also was a member of the church’s Meals-on-Wheels Ministry.

Beginning at age 16, she began sharing her artistic abilities through the Church Flower Committee. If there were flowers in the church, Marianne undoubtedly had a hand in the arrangement. For years, she regularly arranged flowers for the chancel for Sunday church services. She continued to share her passion for flower arranging at the church well into her 90’s. She was Co-chairman of Special Events at the church, which always involved creating beautiful and festive settings, whether it was a Sunday Congregational Lunch, the annual Stewardship dinner and skit, or a very large event such as Mardi Gras Madness, a celebration to benefit Living Waters of the World.

She was preceded in death by her husband John; parents, Howard and Anne Thomas Dyer; her sister, Martha Dyer Campbell and her brother, Howard Dyer, Jr.

There will be a visitation from 10:00-11:00 a.m. on Monday prior to the service at the church. Memorials may be made to First Presbyterian Church, 1 John Calvin Circle, Greenville, MS 38701 for the Sanctuary Flower Fund or to the charity of your choice.

I Corinthians 13:13 “And now these three remain: faith, hope and love. But the greatest of these is love.”