Mike P. Columbus is a lifelong resident of Leland. He entered the funeral business at the age of eighteen working at Boone Funeral Home. At that time funeral homes also operated the local ambulance service. Mike graduated from the Dallas Institute-Gupton Jones Mortuary College in 1958 and returned to work at Boone as a licensed funeral director/embalmer. Mike married the former Margarete Boegner of Germany in 1961, and they have one son, Mike, Jr., and three grandchildren. Mike is a member of the Mississippi Funeral Directors Association and the National Funeral Directors Association. He previously served as president of the Leland Chamber of Commerce, Community Fund Chairman, and Junior Auxiliary King. Mike is a member, former president, and former district governor of the Leland Lions Club. He is an honorary life member of the Leland Knights of Columbus, fourth degree, serving as grand knight for eight different terms. He also is an honorary life member of the Msg. J.J. Igoe Assembly Knights of Columbus, fourth degree, where he served as faithful navigator and presently serves as commander of the Honor Guard. Mike served as Scoutmaster of Boy Scout Troop 74 for ten years and is a life communicant of St. James Catholic Church. 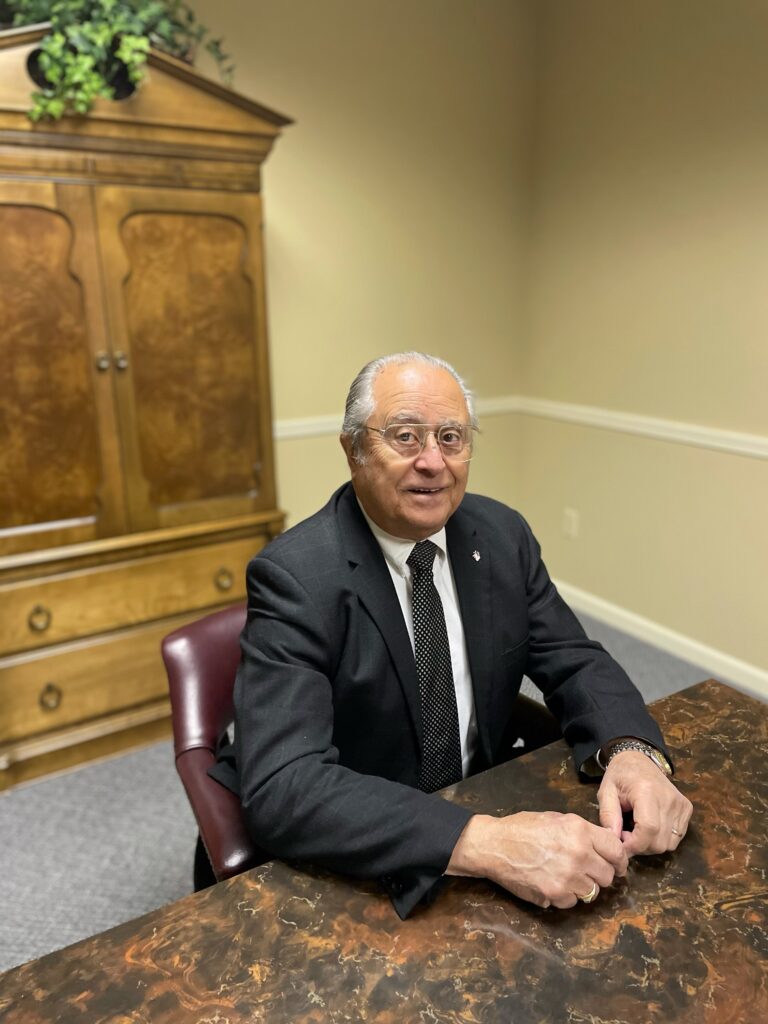