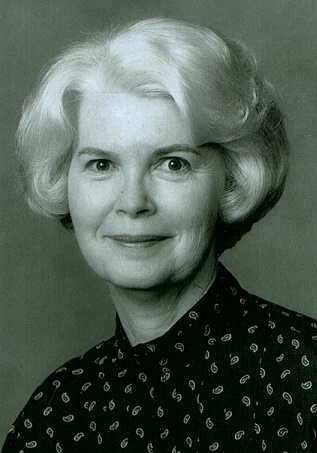 Norma Neill DeLong Richards died on October 9, 2021 at University of Mississippi Medical Center in Jackson, MS.  There will be a visitation at Boone Funeral Home, 905 Main Street, Greenville, MS, on Wednesday, October 13, 2021 at 12:00 p.m. until 1:00 p.m., followed by a graveside service at 1:30 p.m. at the Greenville Cemetery. Arrangements are under the direction of Boone Funeral Home, Greenville.

Norma was predeceased by her parents, Joe Horace and Gertrude Olivia Holley Neill; her first husband, Fred Cole DeLong, Jr., whom she married on August 20, 1955; her grandson, Andrew Taylor DeLong; her husband, John Homer Richards, Jr., whom she married on November 24, 2005; and long time friend, Florence Walker.  At the time of her death, she was a resident of St. Catherine’s Village, Madison, MS, and a member of Madison United Methodist Church.

An only child, Norma was born at The King’s Daughter’s Hospital in Gulfport, Mississippi on June 25, 1934.  Her formative years were spent in Gulfport where she developed a love of learning and an admiration of outstanding teachers whose example she sought to emulate.  She was a graduate of Mrs. Bouslog’s Children’s Studio (age 5), and attended the Gulfport Public Schools, graduating from Gulfport High School in 1951.  She attended Gulf Park College and received a B. A. (with honors) in history from Millsaps College in 1955. At Millsaps she was a member of Sigma Lambda womens leadership organization, Kappa Delta Epsilon education honor society, and Kappa Delta sorority.  In1958, she obtained the M. E. degree from the University of Mississippi.  She completed additional graduate studies at Delta State University to receive certification in Secondary School Principalship.  Norma taught in the Laurel, Batesville and Greenville public schools; and was an organizer of Washington School in Greenville. As chairman of the steering committee to obtain Washington School’s initial accreditation from the Southern Association of Schools and Colleges, she was called upon frequently to present the school’s history to students, parents and patrons. Norma was especially proud to have maintained contact with many former students.

Greenville became home to Norma in 1959 when Fred entered the practice of law.  It was there that she continued her efforts in education and developed a passion for volunteer involvement.  She served as president of  the Greenville Garden Club, Junior Greenville Garden Club, the Junior Auxiliary of Greenville, Greenville Arts Council, Board of Directors of The King’s Daughters Hospital, and Chairman of the King’s Daughters and Sons Circle Number Two. Additionally, she served these organizations on state and national committees: the graduate scholarship committee of the National Association of Junior Auxiliaries; and The Garden Club of America Zone IX representative to the Public Relations Committee and as Zone IX Water Projects Coordinator.  Her numerous contributions were recognized by her selection as Queen of the Greenville Junior Auxiliary’s 1978 Charity Ball.

She served as chairman of the Greenville Garden Club Cypress Preserve Committee when it was determined that the club would clean the area and begin efforts to turn it into a preserve to fulfill a dream held by garden club members since the early 1940’s.  She told many stories about the perils and pleasures of venturing into that territory; and of its ultimate rewards for the club and the city.

In 1984, Norma brought her educational, organizational and volunteer experience to the professional leadership of the National Association of Junior Auxiliaries, Inc., when she became Executive Director.  She continued in this position until her retirement in 2000.

A lifelong Methodist, she was a member of Greenville First United Methodist Church, serving as the Coordinator of Missions; teacher in the Adult Sunday School program; member of the Baird Scholarship Committee; and Chairman of the Church Council (the only woman to hold that office in the history of the church at the time).

She is survived by her son, Fred Cole DeLong III, and wife Amy, Madison, MS; daughter, Holley Neill DeLong Burrett, Charlotte, NC; grandddaughter Olivia Holley Burrett; stepdaughter, Amanda Catherine Richards. She was devoted to her small family and vitally interested and involved in their schooling and numerous activities.  According to her son, she had “one hundred best friends” each of whom added a special dimension to her life.