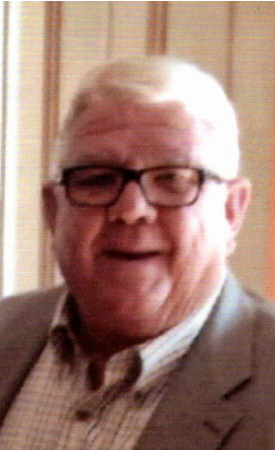 Richard Noel “Dick” Barrett, age 80, a retired farmer and lifelong resident of Indianola, Mississippi died September 27, 2021 at his home. His funeral service will be Friday, October 1 at St. Stephen’s Episcopal Church in Indianola at 11 AM, with visitation starting at 9:30 AM in the Parish Hall. Burial will be in the Indianola City Cemetery under the direction of Boone Funeral Home, Indianola.

Dick was born in Indianola, Mississippi on June 7, 1941. He enjoyed an adventurous 1940s childhood, including starting a yard mowing business that was a great success. He was a graduate of Indianola High School in 1959 and Mississippi State University in 1963. After college Dick returned to Indianola to begin a career in agriculture. He met fellow Mississippian Rebecca McAllister on a tour bus in Rome, and they were married on September 6, 1969.

Dick served six years in the Mississippi National Guard, four years on the Mississippi State Probation and Parole Board during the Bill Waller Administration, two terms on the Sunflower County Board of Supervisors, and on the boards of the South Sunflower County Hospital and Peoples Bank of the Delta. He was a past member of Sigma Chi Fraternity, Chamber of Commerce, Delta Council, and the American Legion, and he was a past president of both the Indianola Supply & Gin Co. and the Indianola Rotary Club. Dick was a member of St. Stephen’s Episcopal Church and a former member of the First Baptist Church of Indianola.

He is preceded in death by his mother, Mavis Brister Barrett, father, Johnson Noel Barrett, brother, Billy Barrett, and sister, Anne Barrett Robertson. He is survived by his wife, Rebecca McAllister Barrett, of Indianola, son, Brister Baldwin Barrett, of Memphis, Tennessee, sister, Doris Barrett Fisackerly, of Columbus, Mississippi, and many nieces and nephews.